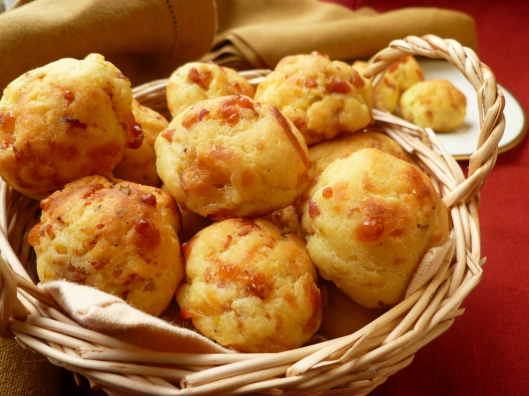 Black Forest ham is made according to a specific and lengthy process of seasoning, curing and smoking which gives it a pronounced flavour that distinguishes it from many other smoked hams.  Just as its name implies, it is produced in the Black Forest region of Germany.  In the European Union, if a ham is labeled ‘Black Forest’ it must be made in the Black Forest.  Hams sold as ‘Black Forest’ in the United States and Canada may not actually have much in common with their namesake–either in the way they are made or how they taste.  Applied to these hams, the term ‘Black Forest’ is just colorful window dressing that adds to the price.

Seeking out genuine Black Forest ham to make these Little Puffed Potato Balls is a worthy mission because Black Forest ham will contribute its own particular smokiness to them.  But examine the package to make sure you are paying a little more and getting the real thing.  Otherwise, buy another ham, one with an honest name–some prosciutto or Smithfield, for example,–to make this enjoyable hors d’oeuvre. 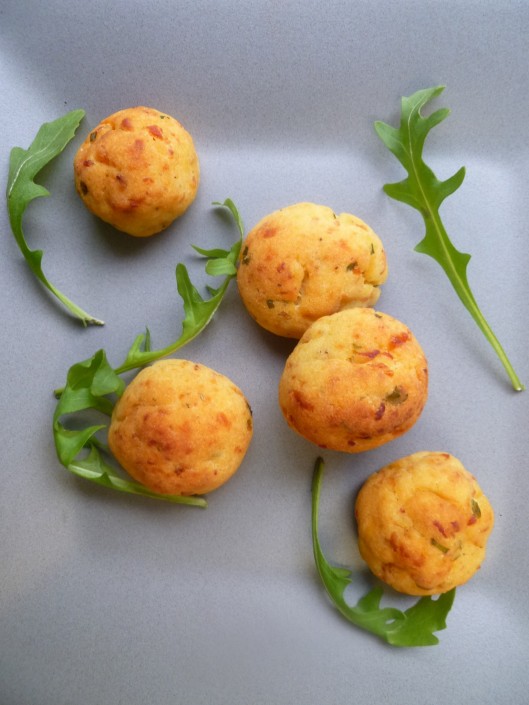 Ingredients:  Amounts are given in metric units and the closest American equivalent measures.

1.  Preheat the oven to 400 F.  Line the baking sheet with parchment paper.

2.  Grind the ham coarsely in a processor or blender or chop it up by hand.

3.  Pour the milk in the pot and bring it to a boil over medium heat.  Remove the pot from the heat and stir in the potato flakes.  When they are well combined with the milk, stir in the butter.  Let the mixture sit for a few minutes.

4.  Add to the potato purée the ground ham, the grated cheese, the beaten egg, the grated nutmeg, the green onions or chives and a few grinds of black pepper and salt: 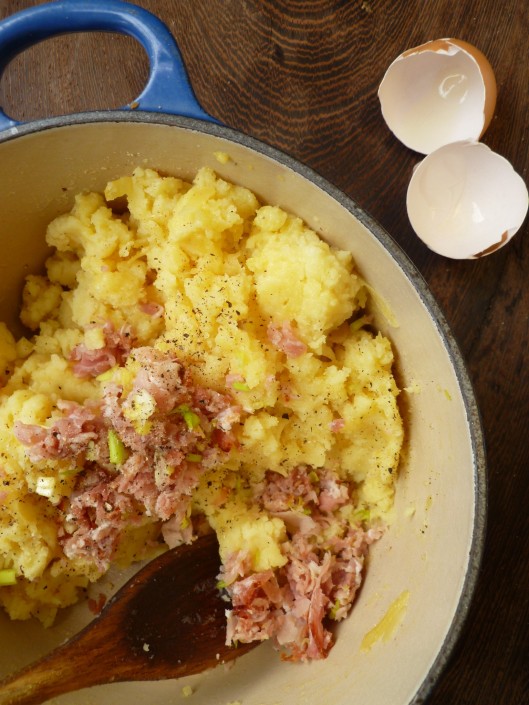 5.  With your hands, form the potato mixture into small round balls (about 20 -25 grams in weight, or a rounded Tablespoon of mixture for each ball).  The mixture is not sticky and is easy to form.  From it you can make between 20 and 25 balls.  Place them on the baking sheet as you make them.  They do not expand as they bake: 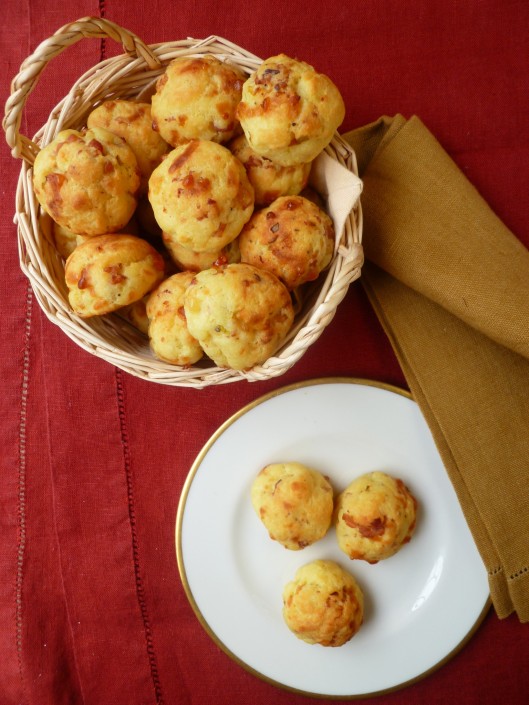 A Note:  Little Puffed Potato Balls with Black Forest Ham are served with drinks before the Dinner:  Mixing Dinner and Business.  The recipe is adapted from one in the September 2009 issue of the French cooking journal Guide Cuisine. 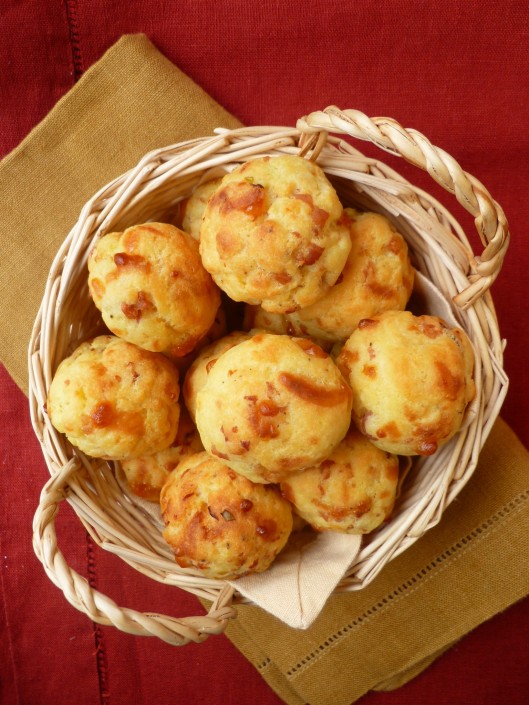