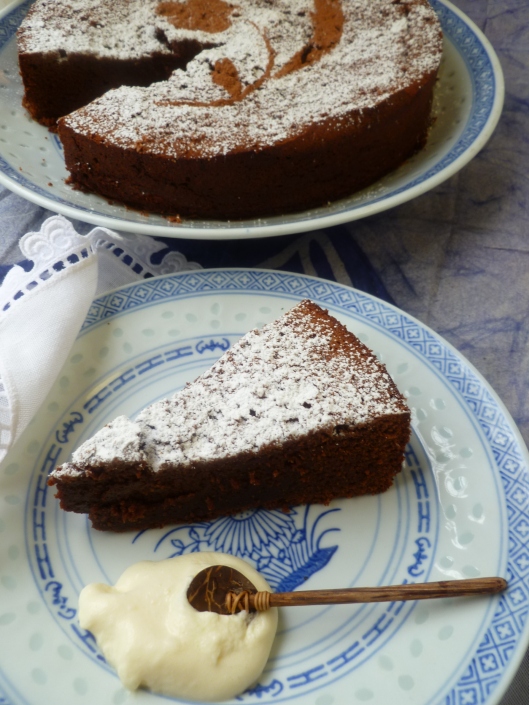 “True knowledge consists in knowing things, not words, ” wrote Lady Mary Wortley Montagu. (Lady Montagu (1689-1762) was the wife of a British ambassador to Constantinople and a prolific and entertaining writer of letters.)  In their written form, recipes often seem to reflect the truth of her observation.

I used regularly to go to a site featuring the recipes of several American cooking magazines.  Readers, after trying out a recipe, frequently wrote reviews.  Over time it struck me how often their remarks described how they had deviated from the written word–often significantly.  Even when this was not the case, many times a review concluded with the writer’s expressed intention to alter the ingredients or steps in some way on the next go ’round… not because the original wasn’t good, but because that’s how recipes fundamentally find their usefulness.  They are starting points and general guides. The truth of the recipe lies between the lines where the written word is reshaped by a cook’s individual tastes and experience.

Cakes, however, have a reputation for being a cooking endeavour whose success requires devotion to the recipe’s every detail.  If this actually were so, a baker’s skill would be measured by the ability to “follow directions well”.  But anyone who ever has “followed directions well”,  to the bitter end, and produced a sad cake knows from experience that no recipe is a sure proof against the human hand who makes it.

Nevertheless, this Hungarian chocolate cake is an uncomplicated one and the likelihood of success in turning out a fine, dense, chocolate cake of the European variety is very high…even for the novice baker or those whose cooking talents don’t run chiefly to baking.

Csudafinom csokitorta ~ a Deluxe Chocolate Cake Hungarian Style (for a 9 and 1/2 inch round cake:  This is a dense, rich chocolate cake that will easily serve 10 people since slices should be on the smallish side…not as large as a slice of a lighter, American-style cake.)

A Timing Note:  The cake may be made a day in advance, cooled completely, wrapped and refrigerated overnight. Bring it to room temperature the next day.  Decorate it with powdered sugar and cocoa shortly before serving.  Csudafinom csokitorta will keep well (refrigerated) and continue to be moist and delicious for a week after it is baked.

Ingredients:  Amounts are given in metric measurements and in the closest American equivalents in parentheses.

3.  Separate the eggs.  Set the whites aside in one bowl.  Beat the yolks a little.  Add the sugar and mix until the eggs and sugar thicken and turn a pale, faintly lemony, color.

4.  Mix in the melted chocolate and butter…then the flour…next, the ground almonds…and finally, the vanilla extract and almond extract.

5.  Beat the egg whites to form stiff (but not dry) peaks.  (The whites should not slide up the side of a tilted bowl.)  Fold the egg whites into the chocolate batter.

6.  Pour the batter into the cake pan and bake it for 50 minutes.  Cool the cake on a rack… 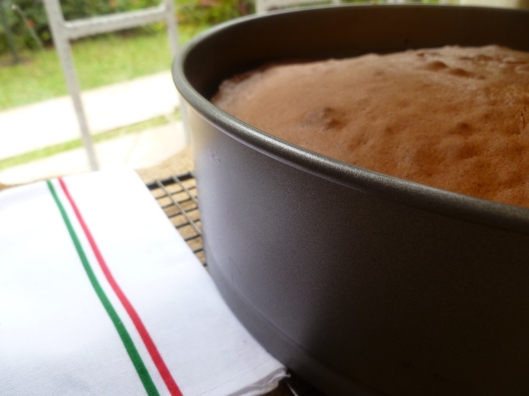 …As the cake cools, the top will crack.  This is the nature of the cake.  The ‘crackled’ surface has its own special texture and is powdered over with sugar and cocoa after the cake cools so that it will look pretty: 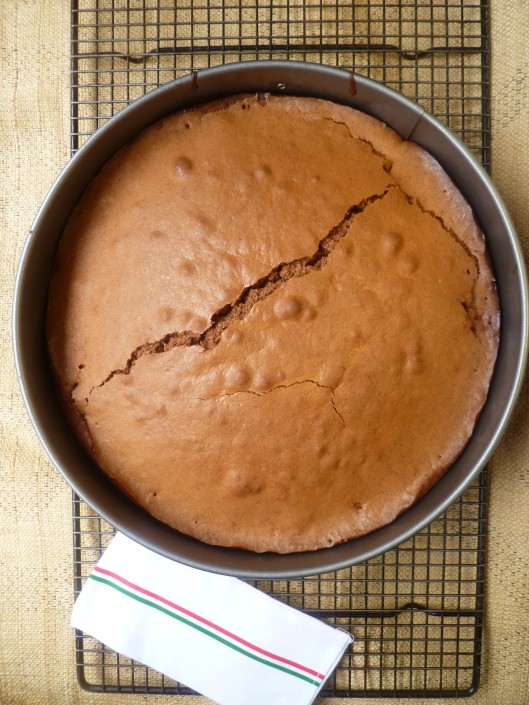 7.  Once the cake has cooled completely, remove the rim of the springform pan.  Leave the cake on the bottom of the pan or shift it off the pan bottom onto the rack and peel away the parchment by carefully lifting the cake a little, first on one side, then on another, detaching and pulling away the parchment from underneath it.  (The cake is dense enough to lift gently.  Do not turn the cake upside down on the rack.)

…to make a pretty two-tone design: 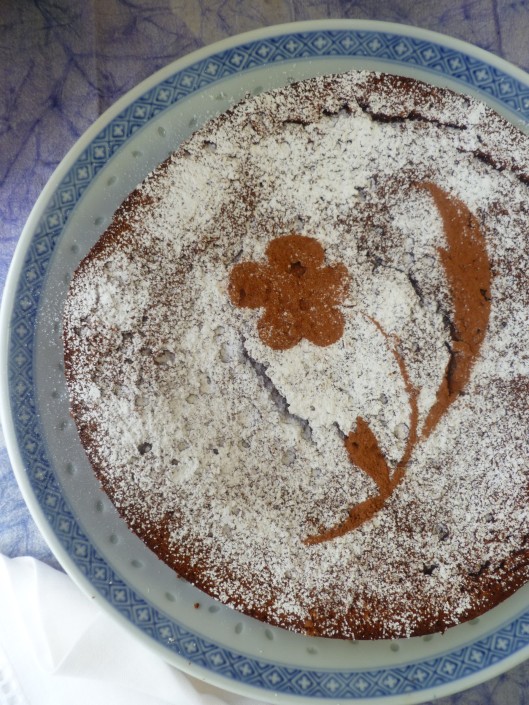 9.  Some heavy cream, lightly whipped and sweetened, goes very well with this cake: 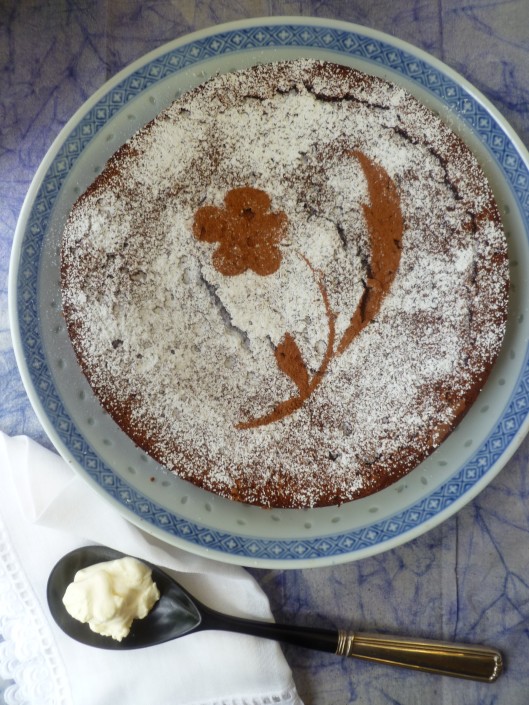 A Note:  Csudafinom csokitorta ~ a Deluxe Chocolate Cake Hungarian Style is the Dessert in the Dinner Menu:  Magyar Accents ~ a Dinner for Four.  The dk’s recipe is adapted from one in the Hungarian cooking journal Konyha Magazin (September 2000).

And a Second Note:  Lady Montagu is best known for her Turkish letters.  They provide an interesting feminine perspective on diplomatic life there in the eighteenth century and glimpses of the life of her Turkish counterparts.  Her letters may be read here at Gutenberg.org.  Letter XXV describes her arrival in Turkey and is the commencement of her experiences there.