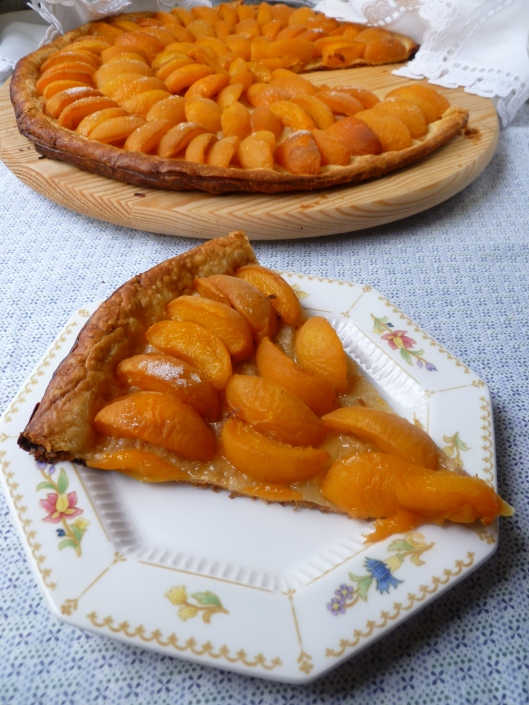 Last year, the diplomatickitchen published a recipe for Swiss Plum Tart.  Since then, the dk has learned a new way to bake Swiss fruit tarts which is an exceedingly good method for ensuring that the crust crisps without growing soggy as the fruit cooks and releases its juices. This is not a new recipe, only a new technique to use with the original one, Swiss Plum Tart.  Other fruits besides plums make excellent fruit tarts in the Swiss style.  During the summer months there are many fresh fruit options to choose from for this simple recipe in which fruits are interchangeable.  Knowing how to make one form of Swiss fruit tart means knowing how to make many.  This time fresh apricots are in the tart, instead of plums. 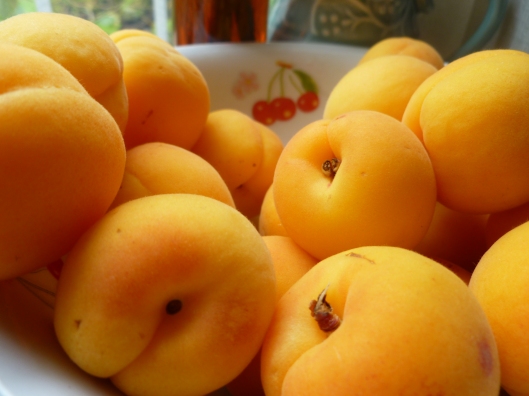 2.  Place a sheet of parchment paper over the pan on which the tart will bake.  The paper should be a little larger than the round or rectangle of pastry.  Place the pastry on the parchment paper: 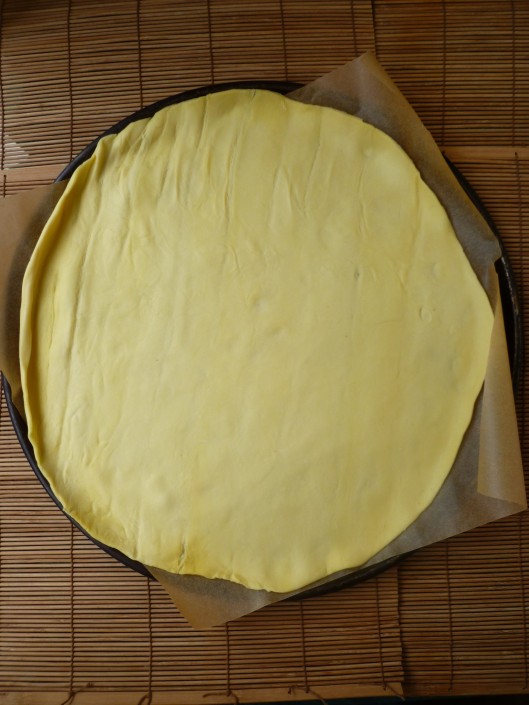 3.  Place a second piece of parchment paper of approximately the same size as the pastry on top of the pastry: 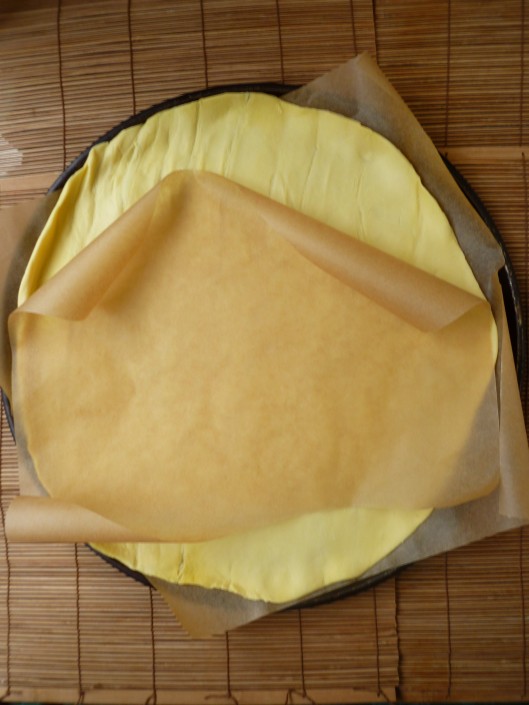 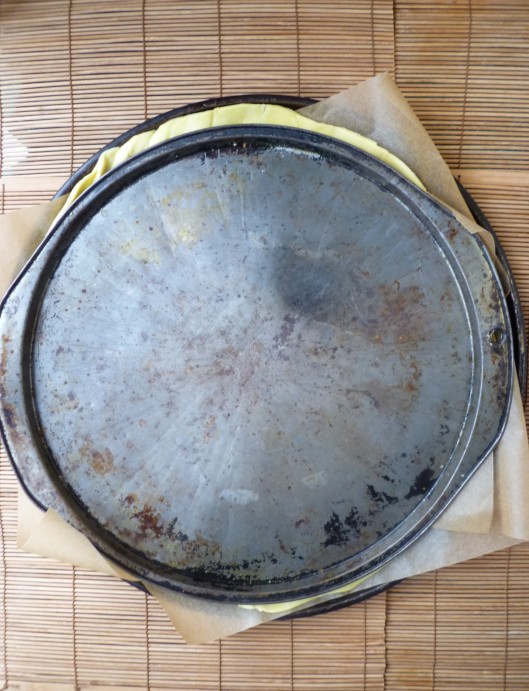 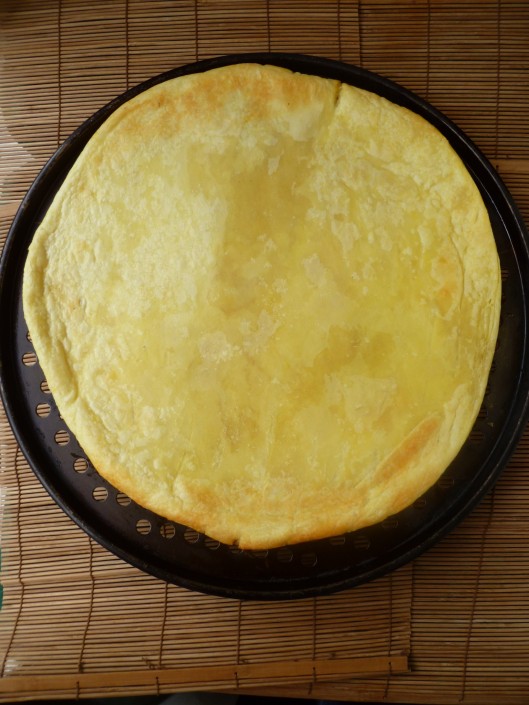 6.  Arrange the fruit slices on the crust in concentric circles or in any pattern you like and sprinkle the fruit with 3 or 4 Tablespoons of sugar: 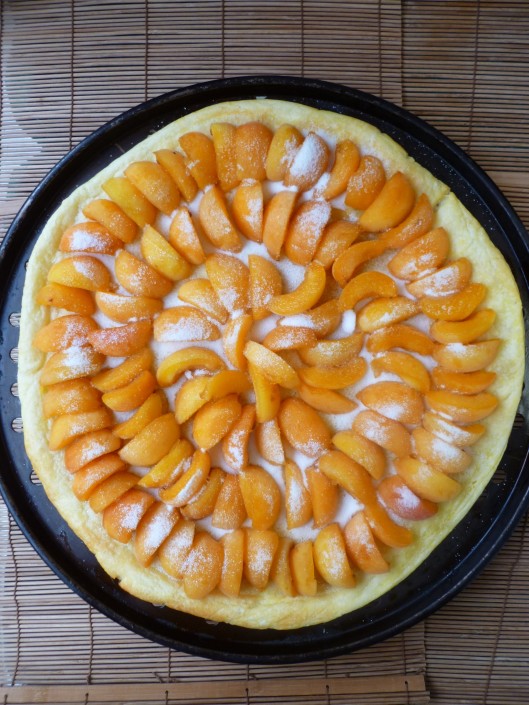 7.  Return the tart to the oven and bake it for 15 – 20 minutes more, or until the fruit is tender and juicy and the crust is a deep golden brown: 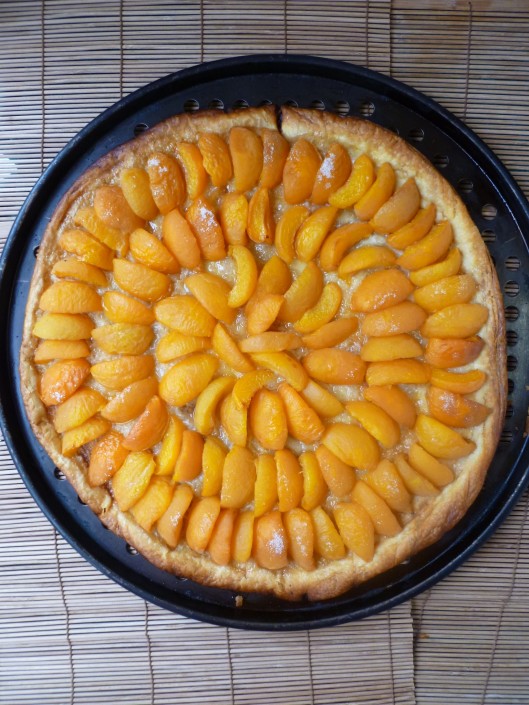 8.  The tart will slide easily onto a cutting board or tray for slicing and serving: 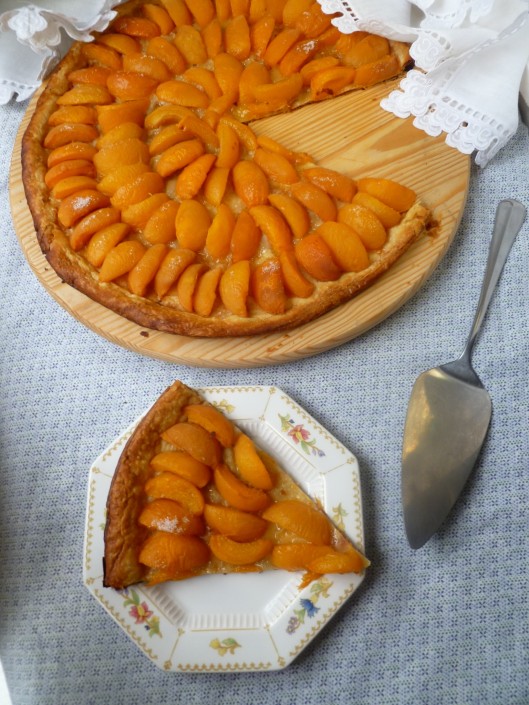