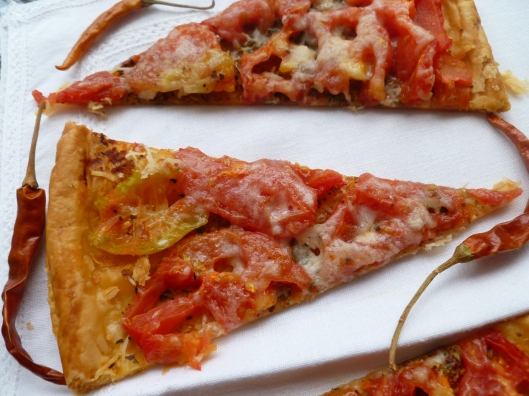 The tomato, like a good character actor, is able to convey a range of impressions in shorthand.  It is traditionally infamous in the theater as the impolite purveyor of poor critical reviews.  (One of today’s solid, thick-skinned hybrid’s that are bred to be machine-harvested could pack quite a wallop.)  In old American slang, however, the tomato expressed quite the opposite opinion when it referred to a pretty girl.  For backyard gardeners, fine tomatoes are the quintessential mark of gardening skill.  And images of gas- and garden-ripened tomatoes, juxtaposed, bespeak a nostalgia for a simpler, kinder life in an agribusiness world.

Tomatoes are versatile of expression in the kitchen, too.  They’re gregarious.  You can fire one with chilies, sharpen and deepen its flavour with herbs, or make it go subtle with cream and white wine.

Or, with a little enhancing, tomatoes will happily go it alone, as in this Fresh Tomato Tart.

Note:  To print this recipe, or any other diplomatickitchen recipe, go to the bottom of the page, at the end of the post, and click on the icon:  Print & PDF. 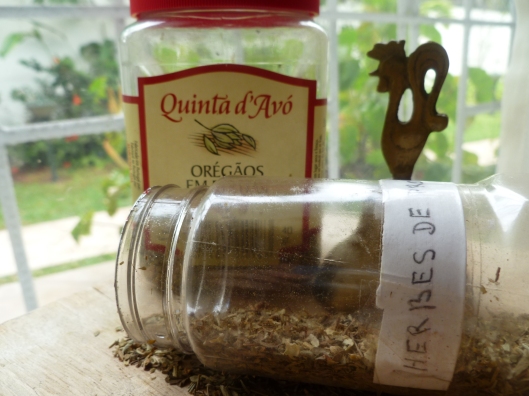 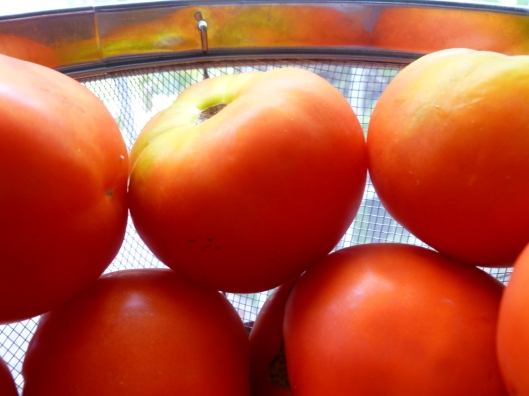 2.  Place the tomatoes in boiling water for about minute, then take them out and rinse them briefly in cold water.  Slip the point of the knife between the skin and the flesh… 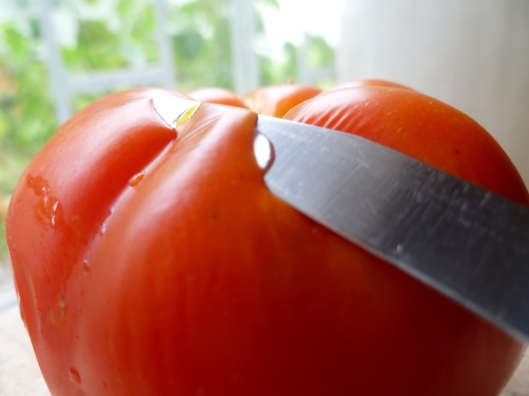 …and the tomato’s peel with come away easily: 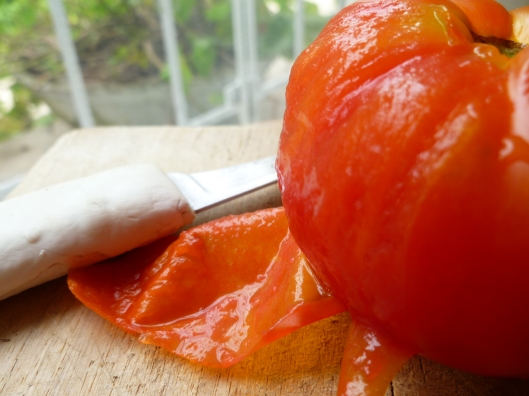 3.  Cut the tomatoes in half across their middles and, with your finger or a small spoon, gouge out some of the gelatinous wedges of seed. Only remove what you can without tearing the tomatoes.  Place the seeded halves cut-side down on paper towels to drain for a few minutes… 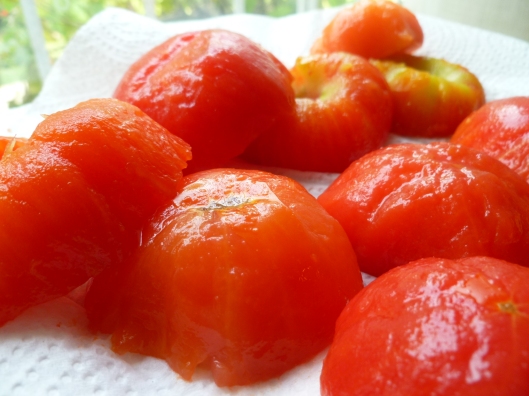 …Then cut them into thin, round slices, and set them aside.  (Since the tomatoes will be hidden under Parmesan, they need not be beautifully regular.)

3.  Brush the pizza pan or baking sheet with a little olive oil.

4.  Roll the pastry out to fit the pan and place it on the pan.  Crimp the edge of the circle of pastry loosely between your finger– to raise it a little–and prick the surface with a fork: 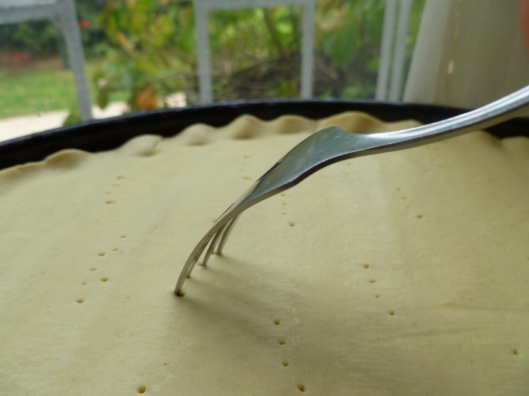 5.  Place the sheet of Parchment Paper over the pastry and place the second Pan on top of the Paper: 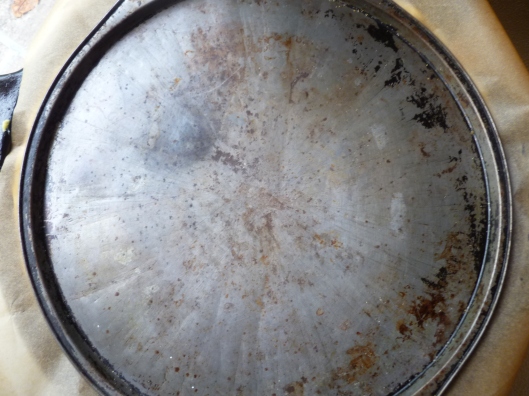 6.  Bake the pastry, weighed down under the second pan, for 10 minutes.  Then take the pastry from the oven and remove the top pan and paper.  The crimped, raised circumference will be more pronounced… 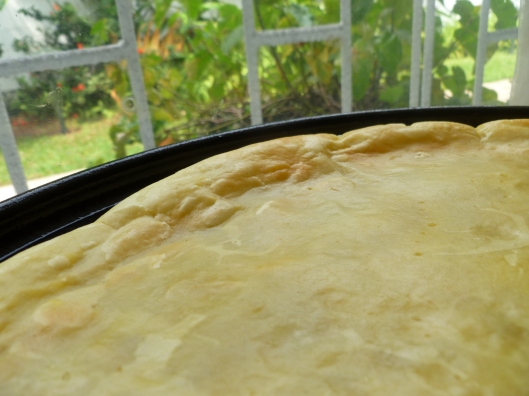 …and the pre-baking of the pastry, before covering it with tomatoes, ensures that the crust will be crisp under the topping: 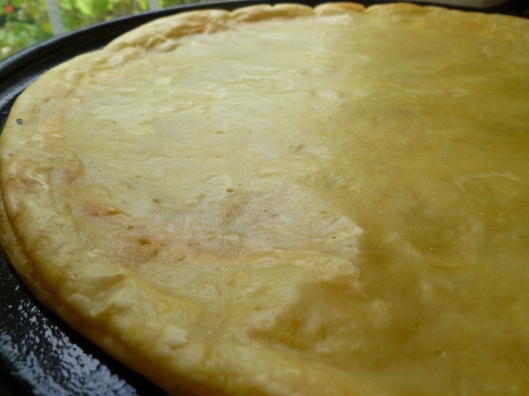 6.  Brush the mustard over the pastry… 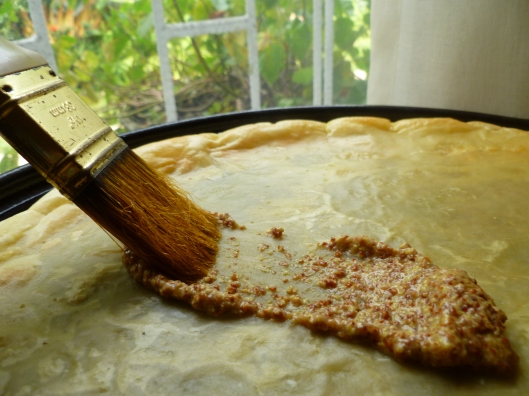 …and sprinkle the crust all over with the thyme, oregano, herbes de Provence (if you use them) and some grindings of fresh black pepper and salt: 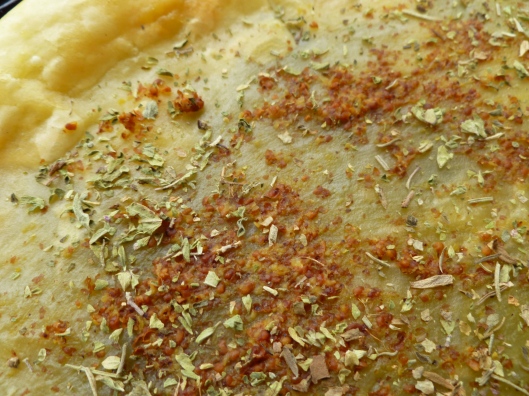 7.  Arrange the tomato slices on the crust, drizzle them with the olive oil…

…and sprinkle the grated Parmesan all around on the tart: 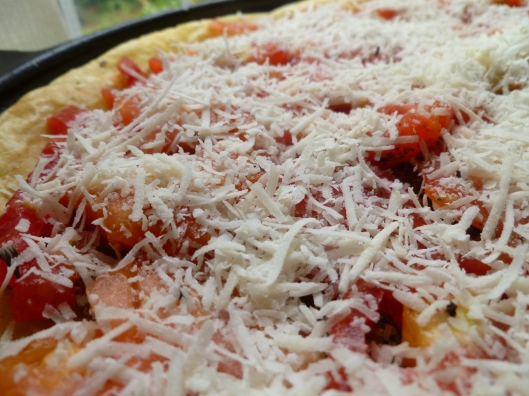 8.  Bake the tart for about 10 – 15 minutes at the same temperature of 425 F at which the pastry pre-baked.  Ovens don’t all heat alike, so the baking time will vary a little.  The tart is done when the crust is crisp and the tomatoes are baked under a crust of melted Parmesan: 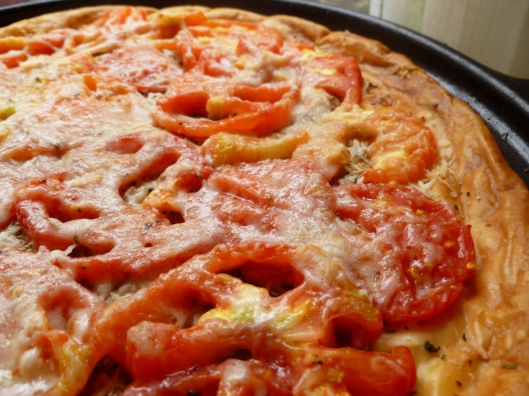 A Serving Suggestion:  Arrange the cut slices on a tray, decorated, if you like, with whole, dried Chile de árbol peppers. 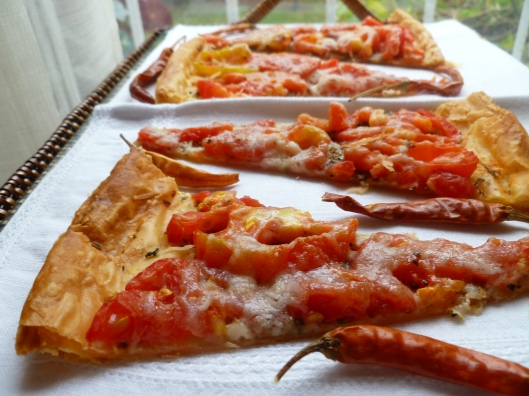 A Note:  To ensure a crisp crust, pre-baking pastry for a tart before spreading on the topping succeeds when making sweet tarts, as well as savory ones. For tarts that require longer baking times than Fresh Tomato Tart, the rim of the crust should be covered lightly with aluminum foil to prevent it from becoming too dark. 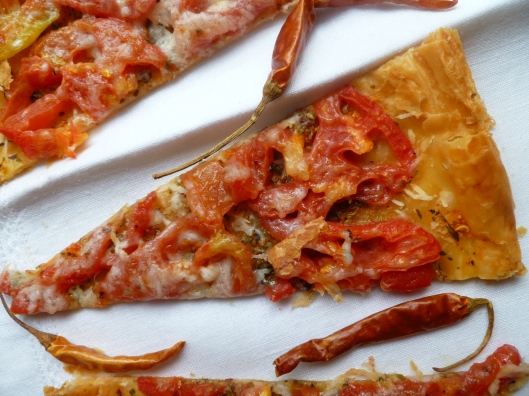 A Second Note:  In the Dinner Menu:  An Evening with the Classics, Fresh Tomato Tart is served before dinner with aperitifs.  The tart is also a good accompaniment to a soup, for example, in a Light Lunch. 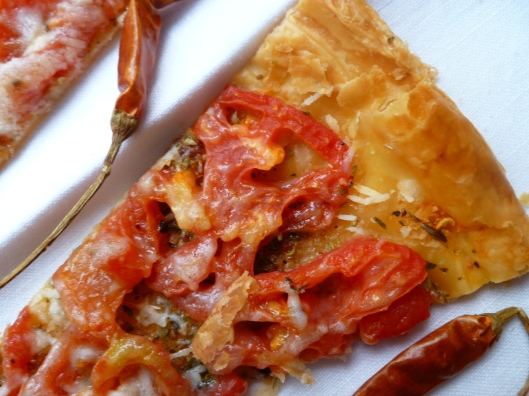